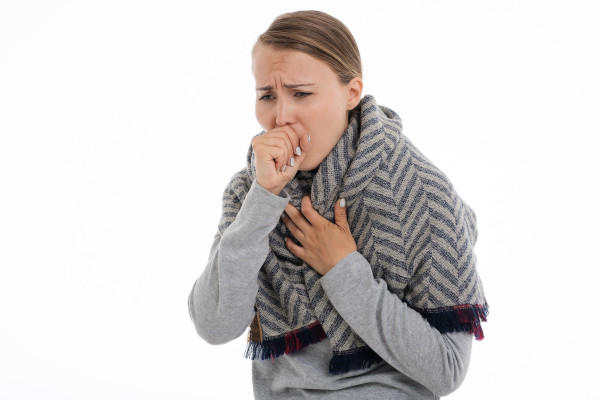 Coughing is a natural reaction that occurs when the airways are affected. It can occur for many causes and helps to purge them so that we can breathe better and naturally. Today we tell you what varieties exist and for what reason each of them is generated.

What is a cough?

Clinically explained, coughing is a response of our body to expelling impurities that have entered the respiratory system. Its process consists of three phases. First, the opening of the glottis and inspiration to allow the air to enter. Secondly, its closure and contraction of the respiratory muscles. And finally, its opening suddenly to release the retained air into the lungs.

Like any other involuntary response in the body, coughing is a reflex mechanism that can come abruptly, be triggered voluntarily, or stop. This is a phenomenon that is so common that people often run into it inadvertently.

When a person coughs, the mucosa of the bronchi, trachea or larynx is stimulated due to an abnormal reaction. For example, due to excessive accumulation of mucus, dust, allergies, or too dry or wet weather. The act of coughing occurs because the body needs to drain its airways so that it can circulate air normally again.

What happens when we cough?

When a coughing attack appears, the lungs are full of air, the larynx is compressed, pressure in the chest is increased, and an effort is made to expel the retained air. Although cough helps keep the airways clean, it can also be the cause of the spread of infections or inflammation of the airways.

Types of coughs that exist

Cough may be caused by one or more of the following:

How to stop coughing

When a person coughs, the airways become inflamed and lose moisture, increasing the risk of causing damage or spreading potential diseases throughout the respiratory system. To avoid this, it is advisable to swallow liquids (mainly drinking water) and try to place ourselves in a place where the air quality is purer.

When you have a productive cough, that is, a runny nose, you need to consult a doctor to prescribe adequate mucolytic drugs.

Do you have difficulty breathing well? Ask for a visit with our team of doctors and they will help you improve your well-being.